Late in 2019, the founders of Blip Delivery received an acquisition offer from their biggest customer, a Toronto based e-commerce Company. After much thought, the acquisition was finalized on January 12th, 2020. Blip was founded in 2018 by UTM students affiliated with ICUBE’s accelerator program. The company built a simple API using machine learning algorithms to effectively route drivers through the city, in order to provide same day delivery service to local Canadian businesses.

Even though the non-disclosure of acquisition details was a part of the deal, it made sense for the company to acquire the platform because of its fast paced growth. Also, having full control of an innovative technology could be pivotal for the company’s future success and competitive advantage.

The founders of Blip started their business in October 2017. Within a few months another business was willing to pay money for the service that Blip was about to provide and so the company’s founders worked day and night, building and iterating their product and connecting with various stores as a means of solving their delivery problems.

Being a Computer Science student at the University of Toronto , one of the founders and CEO of Blip, Srikanth Srinivas, approached ICUBE, which is an incubator in UTM geared to support early stage startups by providing mentorship, resources and support during the early phases of development. According to Srikanth, ICUBE helped the company by giving one to one mentorship that helped the company figure out how to deal with problems related to selling, advertising and funding strategies etc.

Through ICUBE and its amazing student grant, Blip was able to hire 3 students and 2 interns. Also, the best part of linking with ICUBE was the ability to get $20,000 grant in Google credits which aided in covering the entire cost of their servers for the whole 2 years (Srinivas).

However, this was not the stopping point for the company. They embarked on a greater plan to replace human drivers with autonomous rovers to automate the whole process and decrease the cost massively. By the summer of 2019, the team consisting of 6 members set out to build the first version of Blippy and managed to get it to the testing phase. Below is the picture of Blippy in the testing phase capable of carrying 30 kg at a top speed of 7 km/hr (Srinivas). 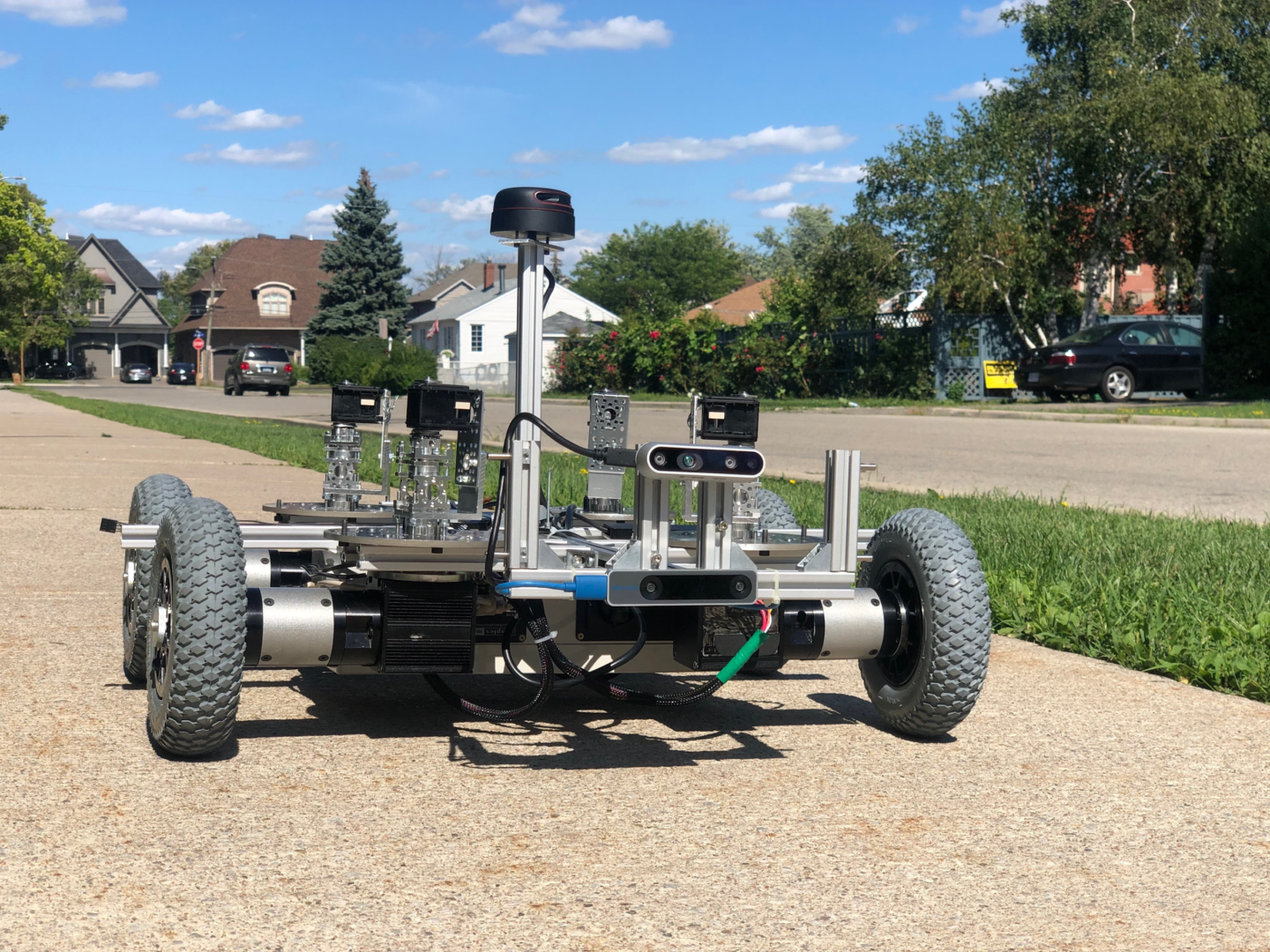 The company was developing at a rapid pace, starting with small distance and then gradually scaling up when one of the customers made an offer and the acquisition was made final. The customer acquired the entire driver + delivery system, but the founders got to keep the name and the codebase.

It is said, “Once an entrepreneur, always an entrepreneur” because being an entrepreneur is not a profession but a state of mind where you work to find new ways to solve problems rather than clinging onto the old ways (Martniz, 2018). Similarly, for the founders of Blip the acquisition of the company was only the starting point on the journey to help the community through the world of artificial intelligence. The founders of Blip have launched another company called astrum.ai with an aim to build intelligent AI, which can create child AI systems on its own with human level accuracy.

On the final note, to all the entrepreneurs out there, a message from the founder,

“Hopefully, Blip got you excited enough to go start a company of your own, or build that idea you’ve been putting off all this time. I promise you, fail or succeed, you’ll come out of it knowing it was worth it”. (Srinivas)

To learn more about ICUBE and its startup programs click here