The First Ever Smart Shoe: Digitsole

We have transcended into an era where technology is ubiquitous. And the problem with that is—gadgets that are a fad at a particular point in time, turns obsolete so quickly. Is anyone still talking about Google Glass? Maybe. But that’s not where our interest lies in anymore. Earlier in the year, Digitsole finally unveiled the launch of their very first Smartshoe.

If you have been dreaming about owning one of Marty Mcfly’s self-lacing sneakers from Back to the Future, we’re almost there. Described as the world’s first intelligent footwear, The Daily Mail explains why Digitsole’s Smartshoe 001 can do just that—and more. 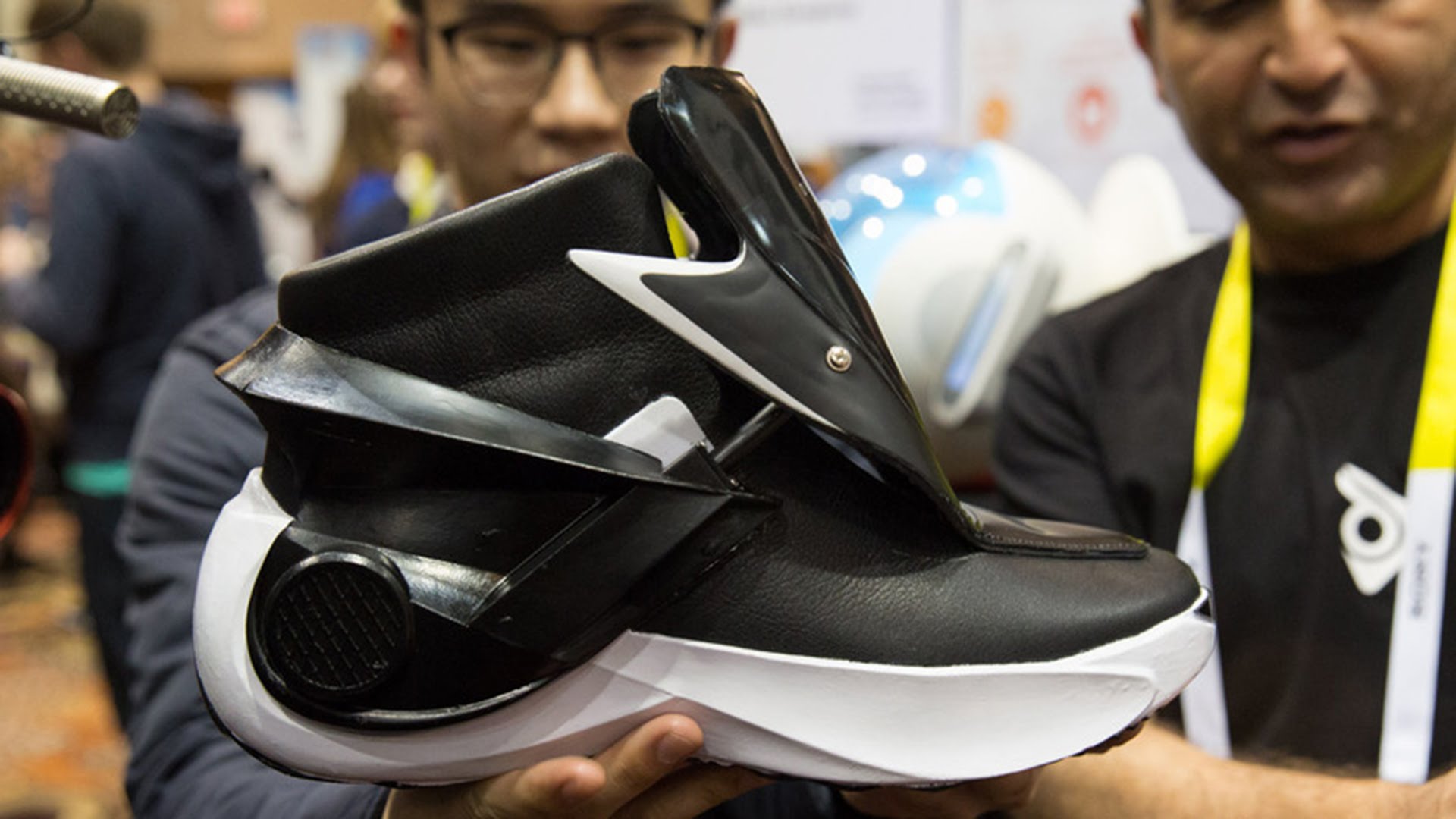 The futuristic looking pair of trainers is also designed to keep your feet warm using heated insoles. In addition, users will also be able to track calories and their distance travelled through the sensors embedded in the soles.

Additionally, the Smartshoe 001 can be charged via a microUSB cord. When fully charged, it is effective for up to 6-8 hours of constant wear, or through several days if used occasionally. Furthermore, the shoe can also measure shock absorption when you are jogging or running. This is a cool little feature to let you know when it is time to change your soles.

A prototype of Smartshoe 001 was first revealed at the Consumer Electronic Show (CES) in Las Vegas, on Monday, January 4th 2016. Whilst the shoe does not have any laces, they do tighten and loosen at the touch of a button on a companion app. The app will also be the central controller for the shoe’s heating insoles. As Smartshoe 001 comes with an integrated thermostat that reacts to temperature, the heating element on the insoles can be activated when the temperature drops below a certain setting. This will allow you to keep your feet as warm as to 38 degree Celsius.

However, as it is the goal of every competitor to stay on top of the game, it becomes inevitable that other companies are quick to jump into the game. Specifically, Samsung’s spinoff company Salted Venture, announced Iofit—a Kickstarter project of smart golfing and fitness shoes merely one month after Smartshoe 001 was unveiled.

The Digitsoles Smartshoe 001 will launch in the US in September for about $450 while Iofit will retail for about $200. The difference in price is due to the fact that Smartshoes 001 has more technology integrated into their hardware.

However, if you’re hesitant about wearing the futuristic machine on your feet, Digitsole is also releasing a casual version for everyday wear.

So, are smart shoes becoming another big trend? Mashable recently announced that the recent hype on Nintendo’s Pokémon Go has led to another Kickstart campaign with creating Pokémon Go-enabled shoes.

Although there is not much information around the product yet, the shoe will be embedded with LED display, sensors, and wireless charging for up to 8 hours of play—something that the Smartshoe 001 should have, given the price that consumers are paying.

Other popular brands diving into the smart shoe bandwagon includes multi-billion dollar company, Nike. As reported by GeekWire, Nike first released their Air Mag Kicks back in 2011. However, the version of the shoe has since been remodelled to include power laces that tightens by itself. It is a little more reminiscent to what Marty McFly wore, though practicality still remains in the grey area.